Drones, an alternative to fireworks

With environmental hazards, increasing costs and state-wide bans now forcing many areas to cease Merdeka Day, Chinese New Year, New Year’s Day fireworks displays, it looks like it’s time to look for an alternative way of brightening up the sky for 10 minutes.

Although many cities have found laser light shows to be a suitable alternative, synchronized fleets of lighted aerial drones have begun to take the place of conventional pyrotechnics.

Leading the forefront on this innovative technology is none other than the California-based company, Intel – an organization best known for developing the silicon chips deployed in Apple, HP, Dell, Lenovo and Samsung devices. Using the night-time sky as the backdrop for visual storytelling, Intel’s rightfully named “Shooting-Star” drones present viewers with a new take on a beloved pastime. Weighing in at just 0.7.3 lbs. (the weight of a standard volleyball), each drone’s foam-constructed chassis is light enough to quickly take flight, while simultaneously ensuring it can bear the weight of a color changing LED bulb. Speaking of which, these LED bulbs are really where this new technology shines (pun intended). Depending on the choreograph selected, these lights can be altered to reflect over 4 billion different color combinations; with each light synchronizing to the soundtrack of the show. That said, by now a few of you may be thinking to yourself, big deal; a few illuminated drones hovering about in the air. If that’s the case, let’s really put this technical marvel into perspective. 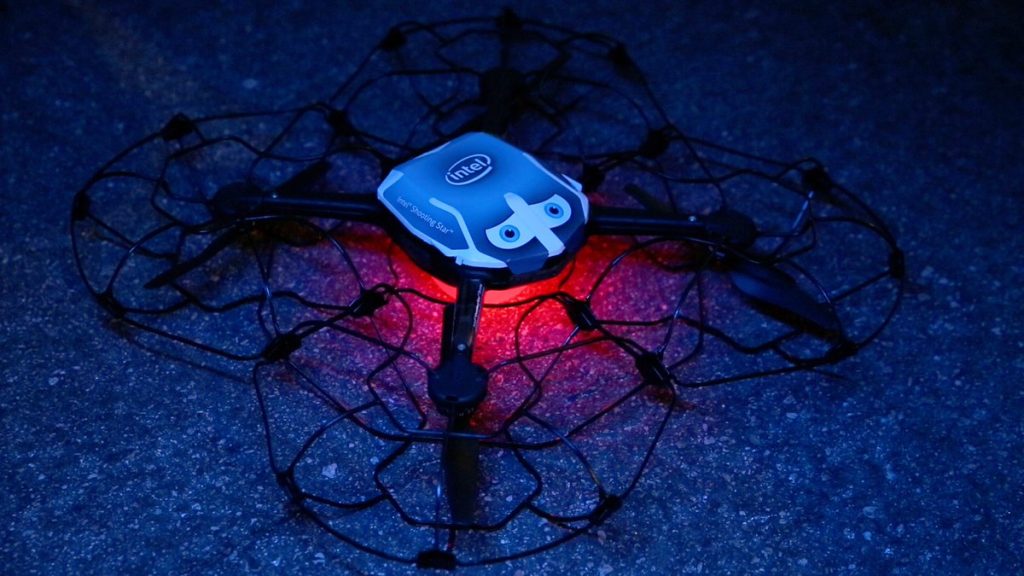 In 2018, Intel celebrated its 50th anniversary. To commemorate this achievement, the team launched 2,018 drones into the air, with each small aircraft working in conjunction to depict the company’s logo across the night sky. Even more amazing, by pre-programming the flight path of each drone, this feat was accomplished using one Windows-based laptop, controlled by a single member of the Intel team. Although the programming behind this performance has been a well-kept secret, Intel was kind enough to share a brief overview of the process. Simply put, the animation is completed by referencing an image, calculating the number of drones needed for said image to take shape, mapping the location of each drone using GPS tracking, and calculating the quickest route to for each drone to reach its predefined location without any mid-air collisions.

Having now designed theatrical air shows for the likes of Disney, the Olympic Committee, Coachella, and Universal Studios, it’s clear that Intel has clearly tapped into a niche, yet arguably profitable, market space. 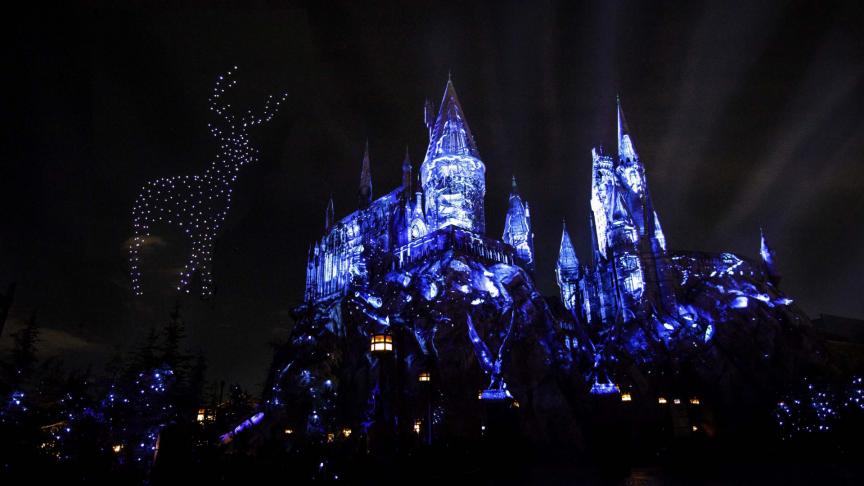 With the technical side of the discussion now out of the way, how does this all play into the future of your celebrations? Well, for one, drone-based light shows offer far more safety and convenience than their fireworks counterparts. In 2017, the United States had over 12,000 firework-related injuries. By running preflight checks before staged productions, and through the use of geofencing, propeller flight guards, foam exteriors and certified on-site personnel, Intel hopes to greatly cut down on the number of injuries reported each year.

Additionally, because each drone runs on a rechargeable internal battery, no smoke, carbon monoxide or scorched litter rains down upon the earth’s fragile ecosystem. For this reason alone, drone light shows have already gained traction in areas that are easily susceptible to wildfires: such as California, Colorado and Arizona. When reflecting on the unpredictability and loudness of traditional fireworks, drone light shows also provide sound-sensitive individuals and their canine counterparts with a new found opportunity to enjoy the holiday.

Slashing Funds to Increase the Fun

While environmental and personal hazards are one area of concern, the increasing costs associated with conventional fireworks displays has also deterred many cities from participating in the festivities. In 2017, the United States spent over $1 billion on fireworks: a simple commodity with a one-time use. Furthermore, on average, the U.S. cities spends over $20,000 on the insurance, police surveillance, and explosives needed to orchestrate a traditional 20 minute fireworks production. Alternatively, holding 100-drone light show outside costs, on average, $13,400. Taking into consideration that drone technology has continued to become more reasonably priced in recent years, the costs associated with aerial drone shows are bound to see a continued decrease in costs.

On a final note, by using a smaller model of the organization’s flagship “Shooting-Star” drone, named the “Shooting-Star Mini”, Intel has begun conducting its popular aerial light shows indoors. Because it remains difficult to properly use GPS tracking inside of enclosed venues, the company developed a proprietary Indoor Location System for this specific model of drone. While maintaining a similar construction to its outdoor counterpart, the “Shooting-Star Mini” weighs a mere 0.15lbs. In return, the small and agile drone can perform death-defying stunts, whizzing but just a few feet above audience members’ heads. Needless to say, the thrill factor associated with these indoor productions can exceed that of a conventional fireworks display. 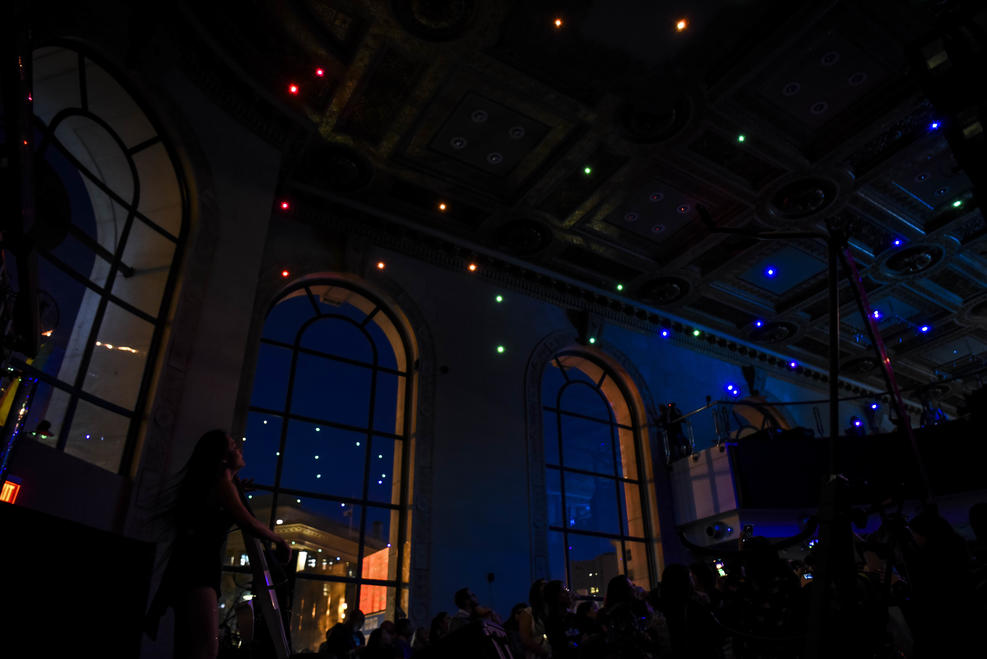 While Intel has yet to give any public documentation concerning the individual price of these drones, know that the company doesn’t plan to include them on the consumer marketplace any time soon. That said, this hasn’t stopped other companies from investing in similar technology of their own.