Brand Activation of the Month: Four Seasons Hotel and Resorts Pop Down

On March 30, in the heart of Hong Kong’s bustling Central District, Four Seasons Hotels and Resorts amped up the glitz and glamour once again for its fourth Pop Down. The immersive, invite-only event celebrating talent from the brand’s properties all over the world, took over an empty retail space – which the brand temporarily transformed into a chic bakery up front, and sophisticated party venue in the back – for an unforgettable night.

From the whimsical cocktails – Seoul’s head bartender Keith Motsi whipped up a Ribena-laced bottled libation – by the Four Seasons Masters (the selected chefs and mixologists), to the rousing live DJ set by Mark Ronson, it was clear why Pop Downs have quickly become one of the hottest invites around. “People and experiences are the trademarks of our brand,” says Christian Clerc, Four Seasons Hotels and Resorts’ President of Worldwide Hotel Operations. “That’s what Pop Downs are all about.” 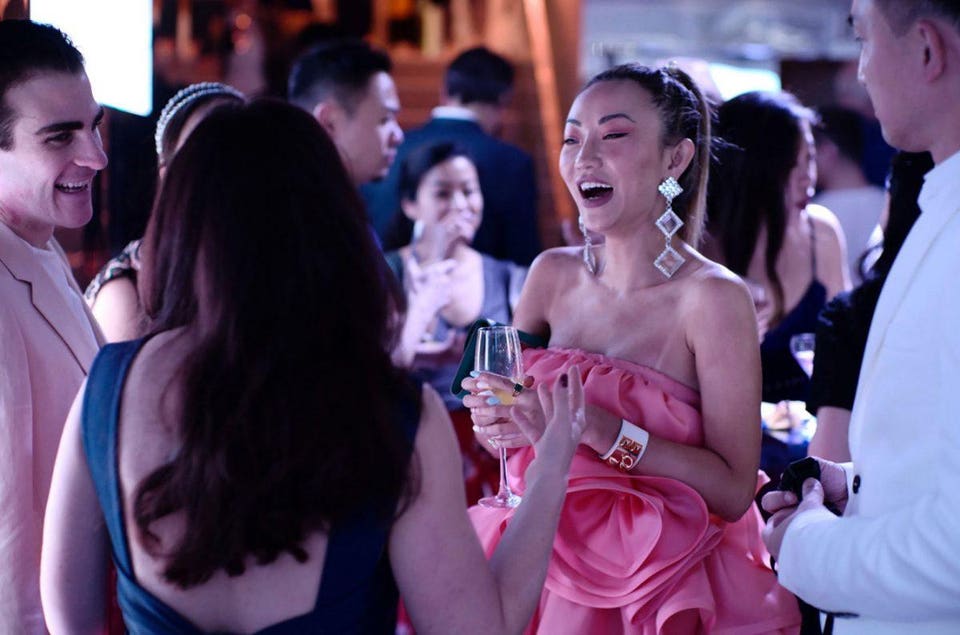 Four Seasons invites a mix of media, celebrities, and VIPS to its Pop Downs.

The concept hatched about three years ago, when the company started thinking about how to showcase these key pillars in a unique format. Sure, Four Seasons was already well-established with a spotless reputation and loyal client base, but it wanted to create something that wouldn’t just generate short-lived enthusiasm – but sustain positive buzz for months to come.

Thus, the Pop Down was born. As for how the name came about, the words not only struck a witty contrast to the ubiquitous pop up – they also spoke to the event’s highly social nature. “We feel strongly that we have cool talent and people,” says Sarah Tuite, Senior Director of Corporate Public Relations. “And we’re known for fostering these special relationships between our guests and employees.”

When it comes to selecting the city – Toronto, Philadelphia, Miami, and Hong Kong have played host so far – the brand looks to time the Pop Down when a destination is already on people’s radars and calendars. “We like to plan these in concert with other cultural events,” says Tuite of the decision to go with Miami during Art Basel, and Hong Kong during Art Week. 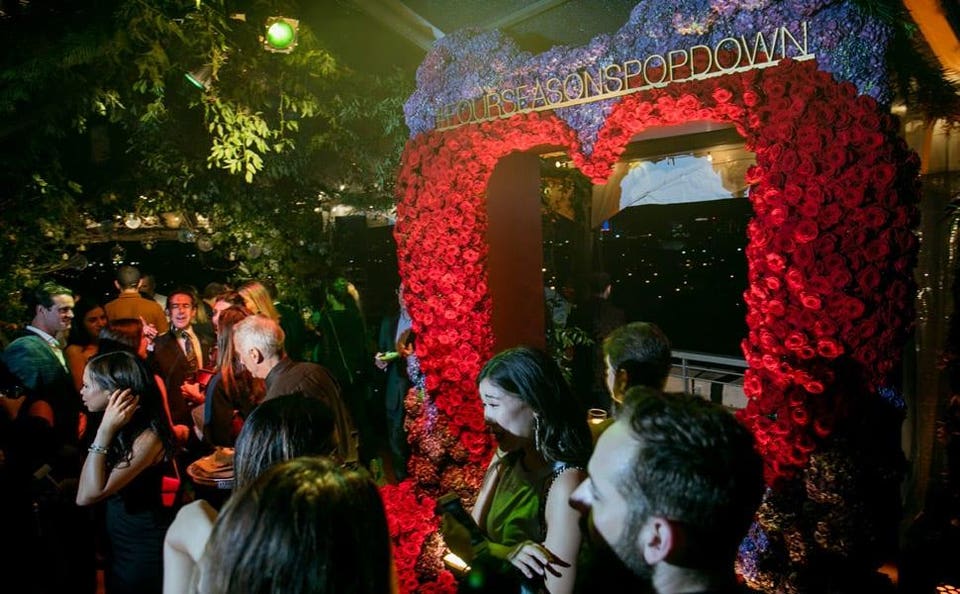 Four Seasons seeks out unexpected locations for Pop Downs. The Philadelphia one, for example, took place in a former high school.

For the actual location of them, Four Seasons abides by the saying: “Expect the Unexpected.” The hotels, therefore, are never part of that equation. “We know we have great spaces, but the people are the heart and soul of our organization,” explains Tuite. “And when you see them outside of that, you realize the breadth and depth of what they can do.” To that end, Four Seasons spends considerable time scouting out potential locales that would surprise just about well, anyone. Tuite says, “If it’s a place where tons of brands are holding events, we’re not doing it there.” (For example: Philadelphia’s festivities took place in a refurbished high school in the up-and-coming artsy neighborhood of Passyunk, while Miami split its party over several floors of not just a building, but the superyacht Kismet.) 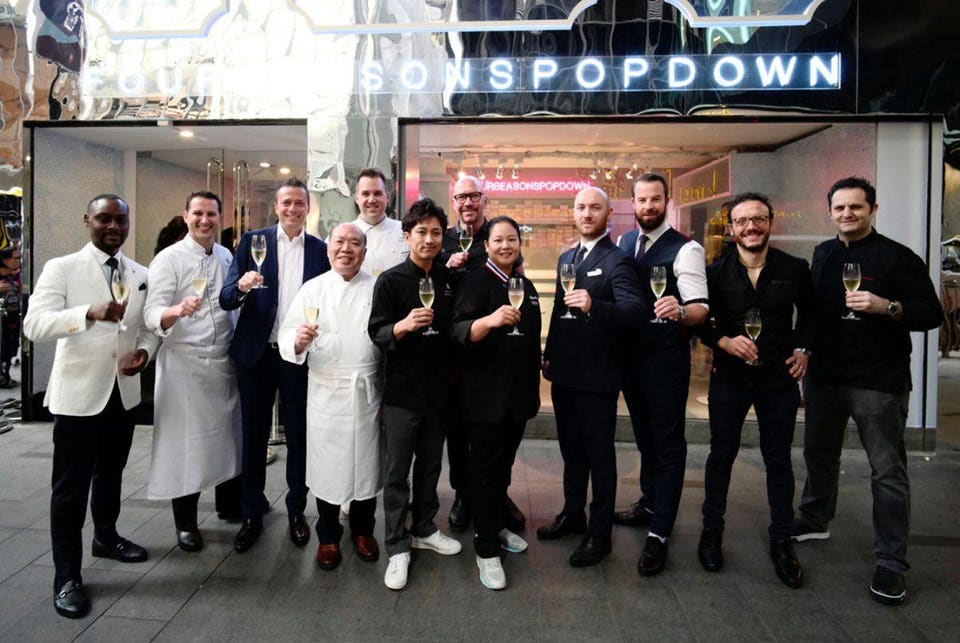 Four Seasons Pop Downs bring together top talent from all over the world.

Beyond unexpected locations and jaw-dropping design, it’s ultimately the talented people of Four Seasons that make Pop Downs such a hit. And as thrilling as it is to attend one, the Masters assure it’s a two-way street. “Everyone looks forward to when the names of the Masters are announced, because Pop Down is one of the best brand activation events in the luxury sector,” says Motsi. “Like all our guests who get an invite, we enjoy participating as much as they do.” Chris Ford, Executive Pastry Chef of Beverly Wilshire, Beverly Hills, has attended every Pop Down since Toronto, agrees, and has loved watching interest grow. “From the top of an abandoned building to a mega yacht, each one holds its own,” he says. “The entire idea has caught wind, and more and more people keeping asking me: ‘Where is the next Pop Down?’”

Katie Chang, a Forbes contributor, covers travel, food, beauty, and style. She seek the highs, the lows – and everything in between. Why? Because true luxury isn’t about money. Follow her on Twitter, Instagram, and Forbes.