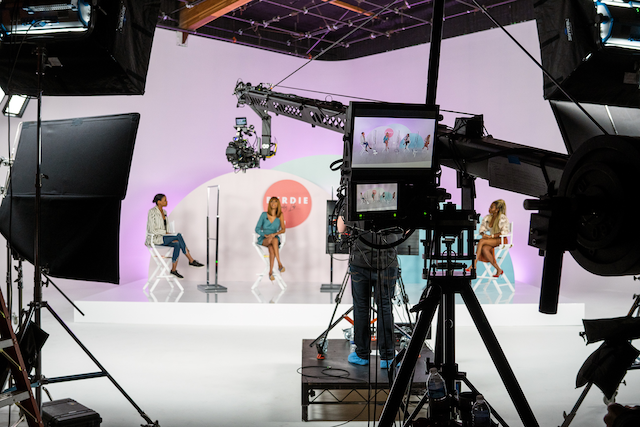 The Byrdie Beauty Lab was produced by Stoelt Productions at Goya Studios in Los Angeles. Much like testing out a new product, beauty brands have been experimenting more and more with virtual experiences. Given the tactile nature of most industry events, some companies were perhaps hesitant to fully commit to the online concept at the start of the pandemic. After all, you can’t smell perfume through your laptop (yet). But now, many are embracing digital events not just as a fad, but as a legit way to do business.

“What historically makes beauty events particularly fun is the element of ‘touch and feel’—there’s an opportunity to play with product, see how it feels or looks on your skin or in your hair,” explained Brian Vaughan, creative director at integrated marketing agency SHADOW.

“There’s also an inherent element of human closeness in beauty. In the absence of that when you move to a virtual format, things can very quickly fall into impersonal tutorial-land. And in that regard, there are tons of tutorials already out there on the Internet,” he said about the hurdles when producing a virtual beauty event. “There’s also the unique challenge of keeping attendees engaged, especially when they are as in-demand and busy an audience as beauty editors.”

This is especially true when those editors are hosting their own events. Back in September, Allure debuted its inaugural virtual event series in conjunction with the publication’s 2020 Best of Beauty Awards. Hosted by Allure editors, the series’ programming included a discussion on Black hair with Taraji P. Henson, a conversation with makeup artist Hung Vanngo, a class with makeup artist Priscilla Ono, and a roundtable discussion highlighting award winners from Korea. Some events were free, while others cost a small registration fee that benefited a charity chosen by the event’s guest.

Allure executive beauty director Jenny Bailly explained that the magazine usually hosts a “Best of Beauty” event to toast the winning brands, but never a consumer-facing event like this. “This year everything looked different in our world and lives, and that included Best of Beauty. It really just felt like a time when we wanted to connect directly with our audience to celebrate these products we love so much. To us, beauty is ultimately about connection—and we really need that more than ever.” 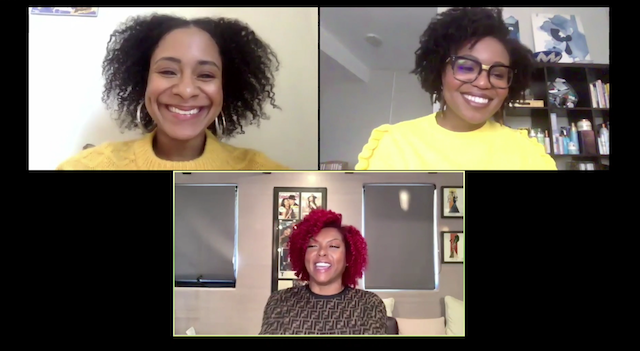 During Allure‘s 2020 Best of Beauty Awards virtual event series, Taraji P. Henson chatted about her new haircare line. And although event organizers across all industries are being forced to counter Zoom fatigue and digital distraction, Bailly said there are some upsides to going virtual. “The way Zoom is integrated into our lives now does give us new opportunities for connections and removes the logistical challenges of hosting multiple consumer events for beauty lovers around the world,” she said, adding that there were readers from El Salvador, France, and Lebanon who attended the new virtual series.

But as Bailly also noted, “so much of beauty is about touch—the slip of a lipstick, the bounce of a dewy cream, or just the heft of a beautiful glass jar. You certainly can’t get that through a screen.”

So how do brands convey that same feeling over bandwidth?

Typically, the Byrdie Beauty Lab is a two-day IRL pop-up event filled with product sampling and experimenting, plus masterclass sessions. But when the team had to pivot the third annual event into a virtual experience, “the sampling piece was the biggest question mark,” said Leah Wyar, editor-in-chief and general manager of Byrdie Beauty.

To help mimic that touchy-feely aspect, the first 800 people that signed up for the event were sent a complimentary box of a dozen products. Wyar said that it “translated into better engagement, as it allowed readers to follow the masterclasses using real product on themselves, as well as interact with the experts via our chat functionality.”

For example, Los Angeles-based makeup artist and hairdresser Nikki DeRoest was able to answer attendee questions during her how-tos. It was a level of interaction that isn’t always possible or encouraged during a live, in-person demo, Wyar explained.

Although the event was presented digitally, the programming was produced in person by Stoelt Productions at Goya Studios in Los Angeles. Those off site received remote kits that included a MacBook Pro, Logitech BRIO 1018 webcams, Yeti Blue mics, in-ear monitors, and light panels, while those on site followed safety protocols including COVID-19 rapid testing and the use of Plexiglass dividers during panel discussions. In addition, Wyar explained that on-site compliance officers enforced COVID-safe check-in, social distancing, and PPE-wearing, and that Byrdie rented out double the amount of space needed for social distancing purposes.

“We saw most virtual events being done as prerecorded sessions. Some were sending out a few dozen samples, GWP [gift with purchase] style. But nothing was being done with slick production or scaled sampling,” Wyar said. “To us, that was the opportunity. Creating something that was premium and felt like a live event or TV show, while making it as interactive and high-energy as possible. Doing that on the fly and having only a few months to plan was the biggest challenge, even with a team full of veteran producers of live events and video shoots. We had to be smart, work fast, and redefine benchmarks to keep everyone accountable and aligned along the way.”

The need to view virtual events not just as redefined in-person events but as their own entity is key when producing successful experiences. “Virtual events are less adaptations of IRL events than they are something new entirely. They are this blend of virtual and IRL,” Vaughan said. “We look at the virtual piece through the lens of entertainment, more akin to producing a TV show that has candid interactive elements.”

For the recent Conair x Scünci’s Wild Primrose launch event, SHADOW produced a virtual experience inspired by a music festival a la Coachella, complete with “headliners,” transitional interludes that mimicked walking to different “stages” (which were actually tutorials), and a campaign music video.

“This approach allows us to world-build, story tell, and incorporate unexpected moments, all while delivering brand messaging, product functionality, touch-and-feel experiences, and yes, tutorials,” Vaughan explained. He added that for beauty events in particular, SHADOW includes an IRL component usually in the form of a creative delivery or product mailer, which is then meant to be used and played with throughout the event.

Whether it’s an industry event for influencers and media or for consumers, Jamie D’Attoma, SVP of events at SHADOW, said that there’s a general set of principles to follow: Keep it fun and full of energy; refresh what’s shown on camera every five to six minutes, when possible, to keep engagement high; mix up live content with prerecorded content; make it feel human; and create opportunities where the audience has the ability to influence the content, whether through things like live polling or gamification. 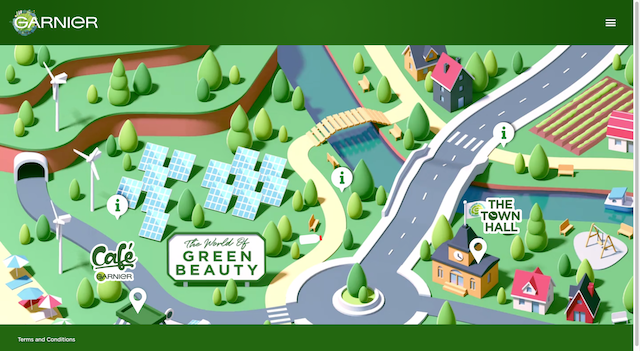 Despite the unique challenges of producing a virtual beauty event, most industry experts predict that they’re here to stay.

“While we are all craving the human interaction that can only be found at IRL events, I do predict there will be continued growth in this hybrid event format. It actually serves to make these experiences more dynamic and accessible to more audiences,” D’Attoma said. “Perhaps, too, they are a truer expression of how we actually experience the world. We simultaneously live IRL and online all day long, and while the balance of how much virtual and how much IRL may shift, hybrid events, generally speaking, are a way to meet us where we’re at.”

See more from these virtual beauty events below.

Makeup artist Hung Vanngo shared behind-the-scenes info on how he walked Selena Gomez through her looks via Zoom for her Allure cover shoot.

The theme of Conair x Scünci’s Wild Primrose launch event was inspired by a music festival and included virtual segments, or “tents.”

During the virtual launch event, hairstylist Jennifer Yepez demonstrated how to use one of the hot tools from the new collection, which was designed in collaboration with content creator Sazan Hendrix.

This year’s Byrdie Beauty Lab was transformed into a virtual experience with panel discussions and tutorials.

The Byrdie Beauty Lab was produced by Stoelt Productions at Goya Studios in Los Angeles.

The in-person production followed safety protocols including COVID-19 rapid testing and the use of Plexiglass dividers during panel discussions.

The World of Garnier Green Beauty serves as a “virtual press trip” where about 1,000 editors from around the world are able to join presentations, access assets for 2021 launches, and learn about the brand’s renewed sustainability commitments.